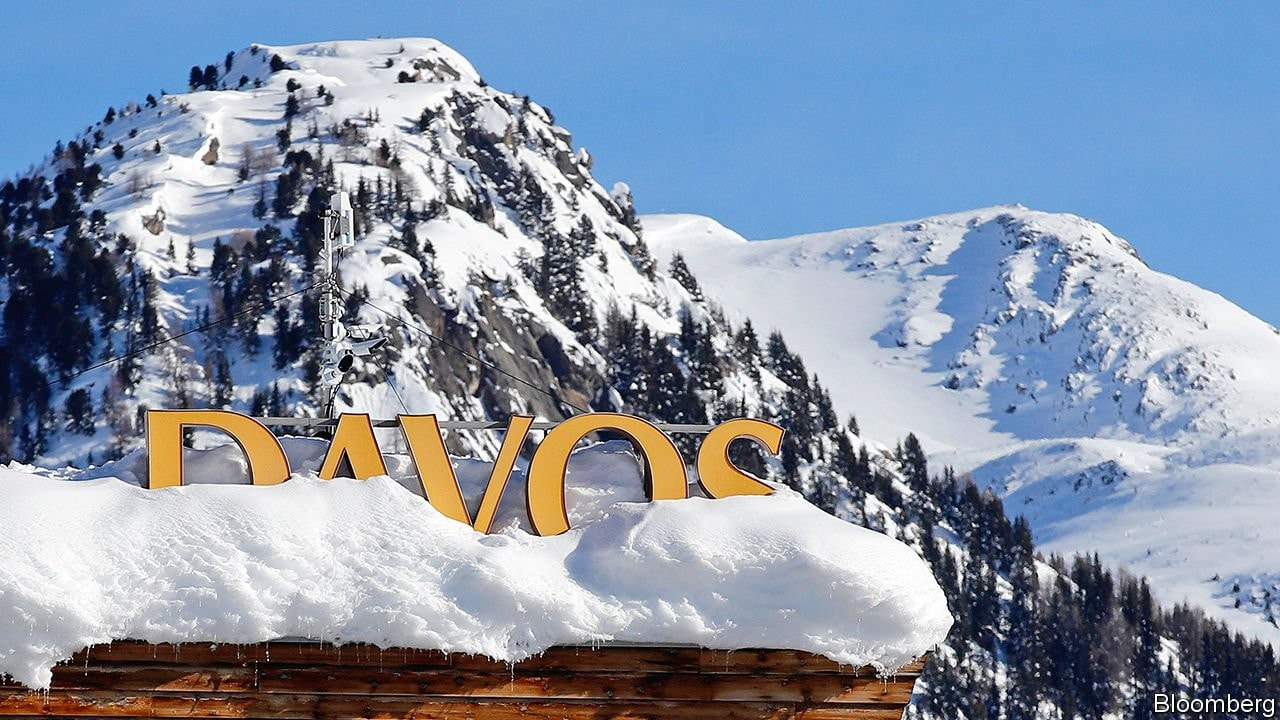 “There is no way I’m speaking to the media. It’s too risky.” In my 20 years with Bloomberg, I must have heard, and overheard, that same mantra countless times. At the 50th annual World Economic Forum, which kicks off today in Davos, Switzerland, it will become a chorus line. It may be risky, but not if you are prepared, know your message, know the journalist(s) you engage with and, here’s the kicker, you understand their motive. ​
The pressures for a journalist on the ground are to deliver a punchy quote, or soundbite, from the most influential voice in the room and to beat the competition doing it. This is the magic formula that an editor will love you for. The love will also be brief because you are only as good as your last headline, before you’re back in the snow, fighting for the next. Don’t be fooled that a journalist is there to help promote your business. They are there to break news. Period. At Bloomberg, our stories were expected to hit the five F’s – be the FIRST word, the FASTEST, the FACTUAL, the FINAL (no other publication could top it), and the FUTURE (spinning the story forward). As metrics go for a story, they’re hard to top. Now imagine delivering that story in the heat of a Davos scrum, everyone chasing the same ball – sharpened elbows, a few accidental (but not really accidental) digs in the ribs, the thwack from a camera (also not accidental if you’re in TV) and the occasional tussle.

Winning with a journalist means understanding the pressure he or she is under to deliver. Back in the day when Bloomberg TV had five European channels (UK, German, French, Italian and Spanish), I remember the determination of one of my German colleagues to outfox our U.S. anchor, who had been especially flown in from NYC to interview Microsoft founder Bill Gates. I remember him taking me aside and saying “Bill Gates is mine. I know these mountains, every rock, every turn.” I scratched my head. What!? He smiled knowingly. The next morning, he was at breakfast in his ski gear, James Bond-esque. Me: “You’re going skiing? Are you crazy? It’s WEF, the schedule is rammed.” “It’s all about the exclusive, John.” He smiled again, picked up his goggles, asked me to keep it to myself and threw his hand out to make a bet. I took it. He won! Within the hour, he had landed an interview with Bill Gates by finding out his morning routine, waiting by the chair lift, claiming he was a ski guide and then securing a spot next to the great man on the chairlift. German engineering at its best and, in the process, he re-defined the elevator pitch. Safe to say that our U.S. colleague was livid but “you snooze, you lose.” Never mind the rivalry with the competing TV stations and publications, it is just as intense in your own newsroom.

With all that in mind, here are some rules that may help for Davos 2020 –

1. Bridge Too Far. The technique of bridging is the ultimate go-to when faced with a tricky question. “Great question, John. Let me answer that by explaining..” It works once, maybe twice, but don’t overuse it. Good journalists, which are the ones you want to be talking to, spot it a mile away and will often go on the counterattack. Result: you’re exposed for not answering the question, which usually leads to “What are you hiding?” Rule: Box clever.

Quote Nirvana. One of our regular TV commentators once told me he spent 30 minutes every morning crafting two or three quotes that would capture the mood of the day. Safe to say that he soon became one of TV land’s most in-demand speakers. One of the lead stories when I was writing for Bloomberg News was the Eurowrap, a weekly feature piece which was filed on Fridays and incorporated FX, fixed income and equities. The second paragraph would always be the quote and it had to tell the story, usually in a maximum two sentences. At the peak of the Asian financial crisis in 1997, I hit jackpot with this quote from a leading fund manager, “This market is like a cigarette packet. It needs a health warning.” It was pre-social media so one of the major tests for us would be the pick-ups in the international media. That quote rewarded me with a “great work” call from the editor-in-chief in NYC. Joy for a cub reporter! Rule: Speak with impact.

The caveat to this is that, sometimes, it also pays to be boring, stifling generic and say nothing. For example, always exercise extra caution when commenting in the midst of a crisis situation or takeover. Rule (again): Box clever.

3.Doorstep Danger. As Bill Gates experienced on the chairlift, some journalists will go to extremes to lock down a story. In the case of my German colleague, he followed the rules of first saying that the chairlift conversation was “off the record.” He stuck to his word. Then again, three minutes is not a lot of time to land a story. In return, Bill Gates also stuck to his word and told his handler to organise a 30-minute interview, which picked up world headlines as a Bloomberg exclusive. Nevertheless, not all journalists follow a code of ethics when it comes to “off the record” or “background only” conversations. The knocking on hotel doors at crazy hours is common, as is ambushing you when you’re in full Davos party mood. Rule: Never drop your guard.

Media Madness. Journalists are not aggressive because they want to be. They are simply under extreme pressure and, most likely, have not slept, eaten or had time between one story and the next. I can guarantee you that you will not find any journalist staying in either the Seehof or Intercontinental. If you do, it will be 10 to a room. The deal is usually a mattress, a few hours shut-eye (not proper sleep), a diet of canapes and a sugar-heavy soft drink to wash them down. Davos may be festooned with luxury chalets, mink coats, diamonds and the wealthiest people on the planet but covering WEF is not a healthy experience. It is, however, an incredible adrenaline rush. Winning a coveted exclusive with a global leader, being the first to break a story and pleasing your editor in the process is the Davos dream. Like scoring a goal at the World Cup or serving a winning ace at Wimbledon, it is also rare. Equally rare is to qualify for the coveted ‘’access all areas” white badge. Only the top delegates and a handful of senior journalists are given these. The rest of the 500 media can be easily spotted, an orange badge draped around their neck. For most journalists, WEF is a labour of love and Davos is a Disneyland of rollercoaster yes-no-maybe-no-meetings, all geared to landing a front-page story or the lead spot on primetime TV. It is multitasking at its extreme – staying abreast of 150 sessions in three days while keeping a constant eye out for non-scheduled press conferences or CEO conflabs. You miss something, it’s like skying a penalty. You’re benched for next time. Rule: Be patient, they’re just doing their job.

For the participants, fine-tuning your EQ to understand why a journalist is pressing you on a certain point, or relentless in the pursuit of a quote, will serve you well. I would also recommend using the opportunity to ask them questions, find out what they’re hearing, show interest, take them aside and give them some time. You’d be surprised how large a font of information they are. Trust me, it will serve you well. At times, it may feel like you’ve walked into a zoo but there’s one difference – you can feed the animals.